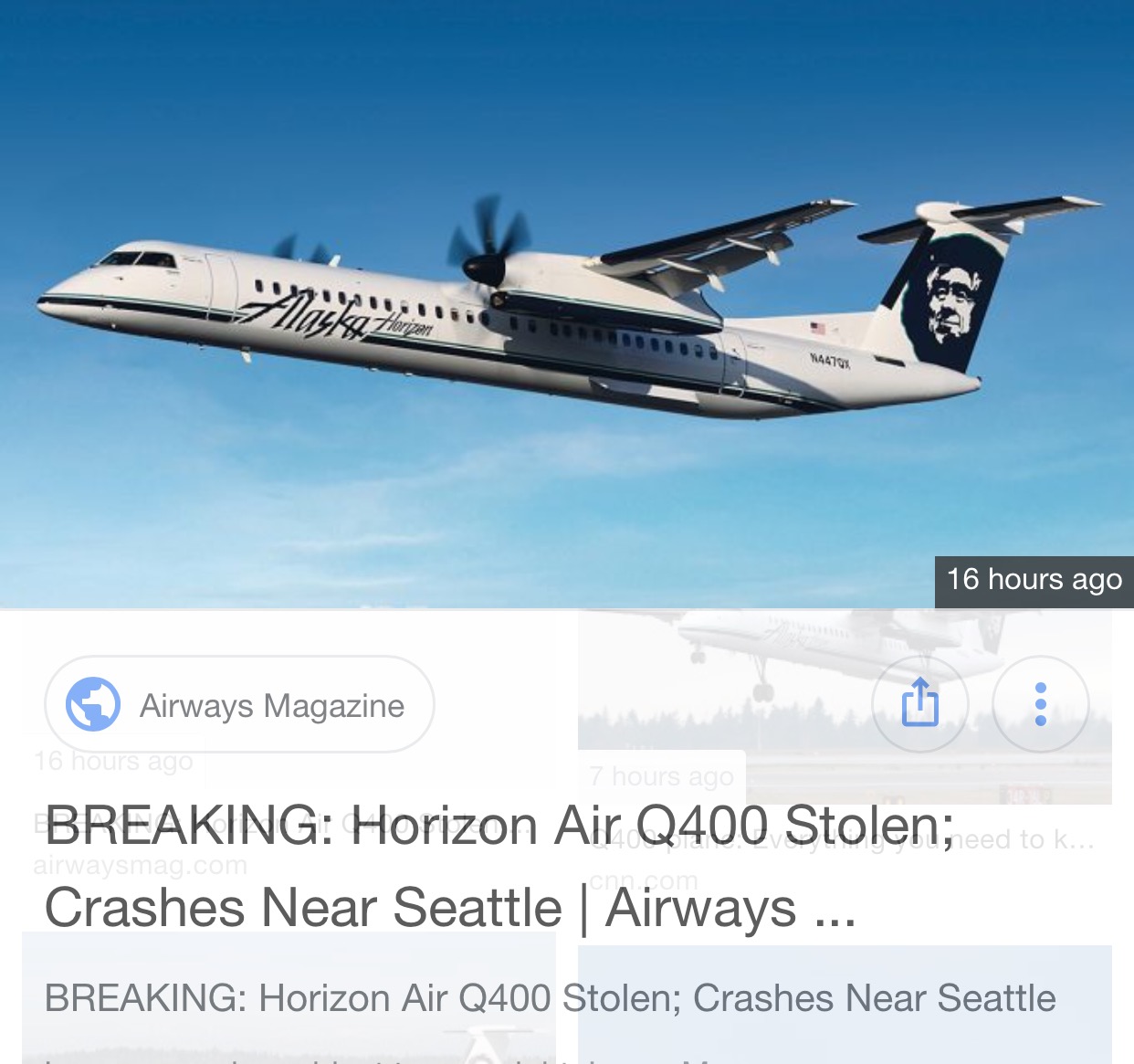 In light of this recent accident of a stolen regional airliner Q400 from Horizon Air that crashed, I want to discuss with you my thoughts on this situation.

Now, the obvious ‘why’ to this situation was that he was despondent and suicidal as shared in his own words in the radio transmissions. He had to have been planning this for weeks if not months or even years. He had to have studied and watched either mechanics, pilots, or flight training. This is a very complicated, large, high performance twin engine aircraft. He was a ground service worker. My guess, now that it was confirmed that he was not a mechanic, was that he may have been a fueler since he said “I filled it up” (hear his words in the link below) but seemed bewildered as to why the fuel burn was so high. When we fly low, we burn more gas. If we don’t make the props run efficiently, we burn more gas. If the NTSB cannot find leads to these aspects, then my next thought is that he spent MANY hours on an at home simulator system that he could select this exact aircraft type. There also must have been instructions on how to start it, taxi it, and take it off the ground. It must have had rudder control pedals and he must have played around with it doing ‘barrel rolls’.

It is shocking for me as a pilot and honestly, also infuriating. We train for years in the military or the civilian flight programs just to have the opportunity to be professionals at the controls of aircraft like these. To have a person who needed psychological help, steal such a valuable asset to the company for his joy ride, displaying as if just anyone could have the skills and knowledge to do this, is appalling. It is bad enough that we continue to voice our safety concerns about the concepts of single pilot operations and drone airliners but are also having to contend with personal ‘flying’ cars with unskilled, inexperienced, poorly trained people in our shared skies.

May all involved find peace, answers, and resolutions in this tragic turn of events.